The Rise of the Australian Marketplace 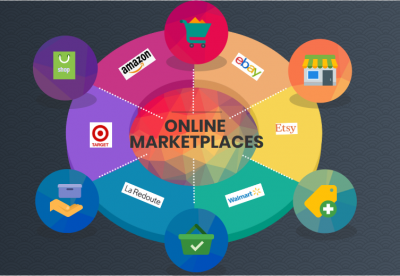 Marketplaces are dominating. There are more players in the Australian Marketplace than ever before, with several being in operation for over 12 months. According to the Australia Post, in the second half of 2018, Catch Group reported that its gross transaction values rose by 62%. Additionally, they also reported that last year the number of purchases through Marketplaces grew by 31.2% YOY.

From these numbers, you can see that marketplaces are still dominating in Australia. One of the reasons for the increase is that Australia is a relatively easy country to trade. Australia also has several marketplaces to choose from. Here are the three main marketplace options for ecommerce sellers:

eBay rules in Australia claiming some 21 million visitors a week, it is the go-to Australian marketplace with perhaps the biggest market penetration for eBay anywhere in the world. It attracts more visitors than the total number of the next seven largest Australian ecommerce sites. Aussie buyers enjoy shopping on eBay Australia because they have the ability to buy cross border quickly and easily. This is important as Australia is a country where typically domestic choice is restricted. For this reason, ecommerce sellers targeting Australia’s consumers cannot afford to ignore eBay Australia.

Amazon Australia has entered the Aussie marketplace. The reviews are mixed but with Amazon’s track record of success, it will probably catch on once some minor hitches are resolved. Australian consumers are still displaying some hesitance because prices that weren’t significantly lower than other Australian ecommerce sites and delivery was a couple of days rather than next day. This is all to do with inventory and scale however as Amazon will build more FBA warehouses, delivery times will speed up. This will probably attract more merchants to sell on the platform and prices will decrease. For these reasons, Amazon shouldn’t be ignored by merchants.  Ecommerce sellers who establish themselves on the Amazon marketplace in Australia can capture market share.

Catch is well-known for being a price slasher with daily deals. They have now evolved into a marketplace. With 1.2 million products from over 1,000 domestic and international sellers, they are on the smaller end compared to eBay, but still an interesting option for ecommerce sellers targeting Australian consumers.

It is important for sellers to understand the mission of Catch. This marketplace looks for particular types of products and generally at deep discounts. Obviously, this will not be the ideal marketplace for all types of inventory as it is all about clearance deals and that sort of shopper excitement, but it might work for surplus inventory. If you have inventory that could fit these requirements then Catch could be a great place to sell and for brand recognition.

The Australian marketplace offers many opportunities for ecommerce sellers, big and small. Sellers are interested in this continent because unlike China and India, the barriers are not as high. So, ecommerce sellers should definitely take advantage of these platforms to increase sales and help build brand awareness.